A silly little game about keeping your hormone levels balanced.

Fly your ship around and pick up estrogen molecules (the pentagons), while keeping your meter in the green to get points.

Made for the Trans Gal Jam 2.

The desktop versions ran faster in my testing, so if you have issues playing it in your browser, try that. The current version might not work if your system has the latest version of Java (see RANTY TECHNICAL SIDENOTE below), but I'm hoping to fix that soon.

This game is basically finished for the moment, save for polishing and bugfixes. I might return to it when I'm better at gameplay and graphics.

This project is written in Clojure/Clojurescript and compiled to different versions for the browser and various operating systems, kind of like Unity. For Windows, Mac, and Linux, it runs on the JVM. Annoyingly, the tools I used aren't fully updated to use the last version of Java, 10, without crashing. I think the problem is mostly with the Quil library rather than Clojure itself.

I'm working to release a version of the game bundled with Java 8 so it works on all platforms. (Java 9 isn't supported anymore.)

In case you're a Clojure developer using Quil who's stumbled upon this, I recommend using jENV to use Java 8 with Clojure. I'm planning to use javapackager to create the installers and packages. 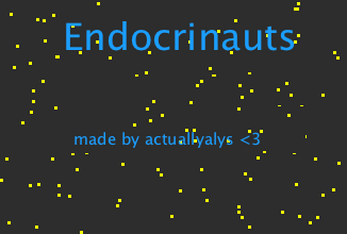